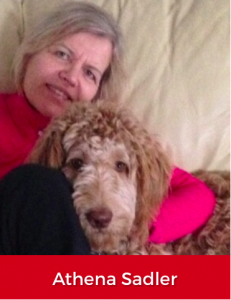 I was introduced to yoga quite a few years ago. Having suffered some losses in my life, I went through a phase whereby I was trying to answer certain questions and find a deeper meaning in my life. I joined martial arts for concentration, discipline, fitness, and selfdefense.  Despite its benefits, a certain connectedness was missing. It was there that the “SenseÎ¯” suggested that I join yoga. I went to a number of different studios, and although the principle of integration of soul, mind, and body appealed to me, I was not able to put it into practice or to apply it in my everyday life. It remained a theoretical idea. I subsequently moved to Greece, where I was certified in Ashtanga Yoga.

I joined PYC in Leaside shortly after it opened. What a world of difference!  I say this with great confidence and pride. I remember when John entered the class one day and said “drop your shit!” And I did! I stopped in my tracks; came back to the present moment, and for the first time I realized that my practice had deepened. The integration of soul, mind, and body was no longer a theoretical idea. I benefitted greatly from the 40 Days to Personal Revolution. I have always had a tendency to dwell in the past. Once again, intellectually I knew what to do, however I could not apply it. I learned to have self-compassion, and to put things into perspective. I became more resilient to stress and generally developed a sense of contentment, and even abundance. For me, the PYC studio at Leaside has become my second home. I would like to collectively thank all the amazing instructors and fellow yogis for their inspiration and contribution to my transformation.

At PYC Leaside, I have experienced a sense of communal support – with yoga practice being the driving force which conditions our soul, mind and body. I have achieved an empowerment beyond my expectations.